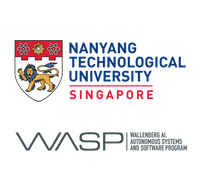 NTU’s campus is frequently listed among the Top 15 most beautiful university campuses in the world and has 57 Green Mark-certified (equivalent to LEED-certified) buildings, of which 54 are certified Green Mark Platinum.

Besides its 200-ha (500-acre) lush green, residential campus in the western part of Singapore, NTU also has a second campus in the heart of Novena, Singapore’s medical district.

In engineering and technology, NTU is ranked 5th worldwide in the QS World University Rankings by Subject 2018. With six schools, NTU’s College of Engineering is among the top nine globally for research output and the 5th most cited in the world (Essential Science Indicators 2017).

Mirroring this success is the College of Science, whose young chemistry department is ranked 10th among universities in the Nature Index 2018. Boosted by research at the Lee Kong Chian School of Medicine, NTU is also strengthening its foothold in areas such as biomedicine and life sciences.

The well-established Nanyang Business School is regularly featured among the leading business schools in Asia, with its MBA programme consistently rated top in Singapore since 2004 by The Economist.

Innovative learning
In higher education, NTU is driving new pedagogies so that millennials can learn more effectively in this digital age. Part of NTU's education strategy is the flipped classroom model of learning. The centrepiece of this new way of learning is The Hive, a groundbreaking learning facility that has been described by CNN as having redefined the traditional classroom.

Set up jointly with Imperial College London, NTU's medical school, is grooming a new generation of doctors to meet the healthcare needs of Singapore.

NTU's five-year strategic plan, NTU 2020, builds on strong foundations of NTU 2015 and aims to propel NTU to greater heights of research excellence. The plan focuses on five key research thrusts – Sustainable Earth, Global Asia, Secure Community, Healthy Society and Future Learning. The areas leverage NTU’s diverse strengths, particularly its longstanding expertise in engineering, business and education, and the interfaces these have with various disciplines such as in healthcare, science and the humanities. NTU’s sustainability initiatives have clinched significant competitive research funding and the university is already a global leader in this area.

NTU is also home to a number of world-class institutes. The National Institute of Education  trains all teachers in Singapore, which is known for having one of the best education systems in the world.

Collaborations with academia and industry

NTU actively pursues partnerships with top universities and runs joint and dual PhD degree programmes with well-established universities. Some of its key partners in academia and research include Imperial College London, Technical University of Munich, and University of California, Berkeley.

The university also works closely with the biggest industry players in making its research relevant to society. In the past few years alone, NTU has struck a record number of tie-ups with big players such as Alibaba, BMW Group, Rolls-Royce, Delta Electronics, ST Engineering, SMRT, SingTel and Surbana Jurong.

A cosmopolitan international university, NTU has more than 100 nationalities on its campus. With more than 300 academic partners, international exchange students are a common sight on the sprawling campus.

Believing in the benefits of global exposure and immersion for its students, NTU aims to have at least 8 in 10 undergraduates go overseas at least once during the course of their studies.

This can be through student exchanges, summer programmes, field trips, research attachments, internships and industrial attachments, competitions, conferences and more.