Towards a Green and Ethical Future

During the COVID-19 pandemic, news that mink, farmed for their fur, were acting as reservoirs for the SARS-CoV-2 virus led to the culling of these animals in many countries. In Denmark, 17 million were slaughtered, resulting in the collapse of Danish fur production. So does this signal the end of this controversial industry? Associate professor Marjo Siltaoja from the Jyväskylä University School of Business and Economics (JSBE) is not so sure. “When we think about the death of a marketplace, it doesn’t mean that it takes place globally. It just tends to take a transition to other contexts that are not that heavily regulated, which is a bit of a problematic thing.”

Marjo examines what happens when a market category dies and particularly when practices used by once thriving businesses are no longer sustainable or considered ethical. As a researcher, her interest is piqued by situations that are not quite mainstream or where there’s a deviation from the usual patterns. She explains, “We have this idea that we want to make sustainability transitions, so we have to figure out new and innovative ways of doing green business. But at the same time, it means that we have to give up many of the existing markets and ways of doing things. No one wants to speak about demise or what should be done when there’s sunsetting in business areas.”

To understand how new green market categories were developing, Marjo and colleagues from other Finnish universities studied the evolution of organic farming in Finland. They were interested in how this type of farming was initially stigmatised, but over time the organic farming community changed the narrative. Now, it’s accepted as a legitimate and competitive practice. She says that as we’re running out of resources, we’re going to need new and more innovative ideas. “That’s why I’m interested in these kinds of deviant patterns—how something succeeds to go against the mainstream norms and gain societal and marketplace acceptance, what it requires from the actors, and the sort of collaborative efforts they do,” she says.

Another focus of Marjo’s research is corporate social responsibility. This is a voluntary commitment by companies to behave in an ethical and moral way that enhances society and respects the environment. While traditionally Nordic countries have been praised for their low corruption, the reality is much more complex. “There are differences in legislative backgrounds regarding what we, for example, acknowledge as corruption in law, compared to what’s been acknowledged in many other countries,” Marjo says. “In societies where relationships are built on tight social networks, it’s quite a complex thing to really acknowledge what it is when we talk about irresponsibility, unethical behaviour or corruption because people are used to doing things in a certain way.” Marjo is trying to establish what types of conditions allow ethical blindness to take root in Nordic communities and organisations.

Marjo’s research involves collaborating with psychologists, neuroscientists, evolutionary biologists, and transitions studies’ researchers both at home and abroad. She notes that this type of multidisciplinary research is valued by both the University of Jyväskylä and by many funding bodies. She says a major advantage of being a multidisciplinary university is that “if there’s some speciality you’re interested in, you will always find people working or knowing something about that specific area.” The friendly community of colleagues, low-hierarchy ethos, and fantastic people working in administration all contribute to the positive working atmosphere and mean that there are always people around who are willing to help.

Marjo praises the fact that the university has allowed her to travel freely and spend extended periods of time in other academic institutions overseas. She hopes that these experiences representing her university abroad and exchanging ideas with other researchers have been of benefit not only to her, but also to her colleagues at Jyväskylä. She says that people at the university are encouraged to network and carry out research that interests them without any limiting restrictions. “I believe that people strive to do something they’re interested in, and that’s important, rather than trying to put them in a very small box and say that you must do this. That’s where Jyväskylä is very good.” 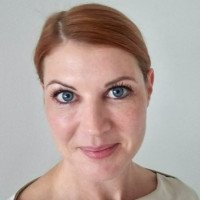 Marjo is an associate professor of management and leadership at the Jyväskylä University School of Business and Economics (JSBE). Her research focuses on corporate responsibility and contested organizational fields and practices.

Going Nuclear to Save Time University of Jyväskylä 5 min läsning

The faculty of Information Technology is currently seeking to recruit a...

Professor of Practice in Technology Management

The Faculty of Information technology is recruiting Professor of Practic...